India will mark its 75th independence day on 15th August 2021

15th August 1947, is the day on which India, which was in the shackles of slavery and subjugation, got the honor of calling itself free. Not knowing how many freedom fighters gave their lives to declare India a sovereign country by ending the British rule which had been going on for more than two centuries. It is the result of the incomparable efforts and sacrifices of the same freedom fighters that today we have the distinction of calling ourselves independent.

This year India is going to honor its 75th Independence Day. Surely it is a matter of pride for all of us Indians. But is India of today the same reality as the independent and sovereign nation that was conceived at the time of independence? Because the internal situation of India, which appears unbroken on the world map, has been divided into two parts. One part of which is very rich and prosperous, all around where only happiness is visible. These people, who use science, technology, education, and the best means of living, are rich and far from poverty.

Why do we celebrate Independence Day?

This year on the 15th of August, the country is going to celebrate its 75th Independence Day. This day is a symbol of the sacrifice and pride of the brave-hearted soldiers(freedom fighters) of the country who had sacrificed their life and everything to liberate the country from the ill-treatment of the British. On 15 August 1947, we got freedom from the 200 years of British raj rule. This day reminds us of the sacrifice and penance of our freedom fighters.

India got independence from the British at midnight on 15 August 1947. It took almost more than 200 years for India to get independence from the British Raj (rule). On this day, that is 15 August 1947, our first Prime Minister of our country India, The Jawaharlal Nehru, hoisted the national tricolor (Indian Flag) at the Red Fort for the first time. Since then, every year on Independence Day, the prime minister of India hoists the national tricolor flag at the Red Fort in Delhi. This day is also celebrated in schools and colleges across the country along with cultural programs.

Innumerable heroes including Mahatma Gandhi, Bhagat Singh, Netaji Subhash Chandra Bose, Sardar Vallabhbhai Patel, Dr. Rajendra Prasad, Maulana Abul Kalam Azad, Sukhdev, Gopal Krishna Gokhale, Lala Lajpat Rai, Lokmanya Bal Gangadhar Tilak, Chandra Shekhar Azad, Khudiram Bose have contributed to the nation. He had sacrificed everything for the cause and made the dream of an independent India come true. It is the sacrifice of these extraordinary heroes that we can breathe in independent India today. Importance of Independence Day.

Independence Day is not just a special day but also a way to show respect to the innumerable freedom fighters of the country who have sacrificed their lives to liberate the country. This day is also a day to show our solidarity and loyalty towards the nation. Also, this auspicious occasion inspires the young generation to serve the nation. This Independence Day is very important for every citizen to understand our duties towards the nation and understand the importance of patriotism and their sacrifice.

Today we can breathe freely in the open air, so all the credit goes to the freedom fighters. Those who fought day and night one by one for this. There were many kinds of torture. So this day holds great importance in terms of respect and gratitude towards them. Independence Day also means a lot for all of us to understand the importance of our duties and patriotism towards the country.

Celebrate Independence Day but with simplicity

India has made a lot of progress since the first Independence. On this day 15th August all schools, colleges, institutions, markets, offices, and factories, etc. remain closed on the occasion of Independence Day. This day is a government holiday. The flag is hoisted everywhere all over India. Cultural programs are organized in schools and colleges etc in which all the students participate and sing nationalist songs, some recite poetry, and some dance on cultural songs.

Independence Day is an extra special day to celebrate independence. The citizens and freedom fighters of India worked hard on this day to free our country from the tyranny of the British.

So this day also reminds us of our simplicity and the importance of being close to reality. It motivates us to fly high and stay basic even though we feel free.

The honor of freedom fighters

India was under British rule for decades. During that time the atrocities of the British were increasing with time. The citizens of India unitedly fought for their independence, under the leadership of freedom fighters like Bal Gangadhar Tilak, Shaheed Bhagat Singh, Mahatma Gandhi, Sarojini Naidu, Rani Lakshmi Bai, and Subhas Chandra Bose. Many movements, freedom struggles were started under the leadership of freedom fighters.

Due to these movements, many people had to sacrifice their lives and many had to go to jail, although still, people did not give up this spirit of fighting against British rule. Independence Day reminds us of their sacrifices and holds special significance for every citizen of our country.

But the bitter reality of our progressive India is the rest of it. Paying attention to which perhaps no one has ever considered it necessary. Far away from basic facilities, more than half of our population is suffering from illiteracy, malnutrition, poverty, hunger, and unemployment.

Surprisingly, one-third of the population of India, which is progressing day by day, still spends its whole life in the pursuit of bread two times. Notably, the biggest and perhaps the only reason for these deteriorating conditions of independent India is the demon of corruption, which is spreading its feet with time.

This is the reason that while money is pouring into the pockets of the rich, the poor are also yearning for food. It is said that freedom has no meaning for a person who does not have the necessary means to make a living. That is why it is an irony to talk of freedom in such circumstances.

India is facing many problems today, plagued by hunger, fear, and corruption. With the failure of the anti-corruption movement by Team Anna, the violence in Assam, terrorism spreading within the country’s borders, and an increasing crime against women, surely this face of independent India is very frightening and shocking.

Given these circumstances, the idea automatically comes that can we really call ourselves independent? Is this the same India whose dream was decorated by thousands of country lovers who made their supreme sacrifice? 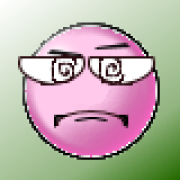 What are the important Signs of a Healthy Relationship 2021