Best 10 Indian Web series To be watch on Netflix

Indian web series is one of the best sources of Motivation, Horror, and entertainment. From the past year during the quarantine web series become an important part of our life thanks a lot to the Invent an app like Netflix. To start with the best Indian web series that you all will be inspire and love to watch. web series give the Bollywood industry tough competition by giving back to back new web series. The young generation loves to watch web series.

Here is the list of the top 10 best web series available on Netflix:

She this web series is directed by Imtiaz Ali. it was his first attempt by creating a short movie from the smaller screen. this web series is a  journey of a middle-class, junior police constable who is shoved of her usual range of familiar to go on an intelligence mission and break a criminal association. The limited web series stands at the top because of its brilliant performances done by its star cast some of which will truly make you happy.

This series is popular by an effective performance from Pohankar, who perform a wide behavior arc without losing .the character is of bossy nature.

Delhi Crime is one of the best web series on Netflix true story based on the Delhi gang-rape case which is known as the Nirbhaya case. This series is based on gang rape and how the case was solved by the lady Deputy Commissioner. Richie Mehta the writer of the series takes the viewer behind the scenes of the investigation into the case conduct by the Delhi Police. Mehta works on Delhi Crime for six years and these web series involve all the deep points. The star cast of the web series is Shefali Shah, Adil Hussain, Rasika Dugal, Rajesh Tailang, and many other best actors.

The girl was of 23 years who was gang-raped and assaulted with an iron rod and was naked throw on the roadside and badly injured after that the culprits try to run with their bus. You can watch the Delhi crime web series on Netflix and most important is that Its second season has also been announced after the success of the first web series.

This web series is based on when the entire nation went in a state of shock when they heard about the encounter of a famous criminal. Rangbaaz is a web series based on the life of the criminal Shree Prakash Shukla which is changed into the character of Shiv Prakash Shukla in the series.

The story starts in 1992, with a naive 20-year-old Shiv Prakash (Saqib Saleem) is shown to be very happy in his life and as he gains more and more power, it all gets to his head. The web series is full of justice to the character transfer of Shukla from being a simple life to the most wanted man in India.

The panchayat web series the people have called panchayat a ‘comedy series, but this is very far from the truth. The show has been produced by Viral Fever and it talks about the life of an engineering graduate who ends up working as the secretary to the Panchayat of the village of Phulera in Uttar Pradesh.

This series is explained by its name Hasmukh. Netflix is the original Indian series looking comedian Vir Das is something you might enjoy if you’re into dark comedies. For the most part, of this web series is an entertaining watch with a unique storyline.

The first Indian unique web series, Leila shares a helluva part for all intents and purpose with the Hulu unique show The Handmaid’s Tale. While the arrangement is anything but a conspicuous duplicate of the splendid Hulu tragic show, it acquires a few components from it. In the event that you watch both the shows, you will actually want to spot them right away. By and by, Leila stands apart for its own benefits.

The series was written by Deepa Mehta, the arrangement depends on a novel composed by Prayaag Akbar. It follows the excursion of a lady named Shalini (Huma Qureshi), who is grabbed away from the solace of her day-to-day life, into the shackles of an extremist system called Aryavarta. Given India’s present political situation, the arrangement hits all around very up close and personal and presents an upsetting modern situation that isn’t too difficult to even think about the imagination.

Betaal is a fictional story and it is Indian first zombie-based web series under the production house of Shah Rukh Khan. The series is directed by Patrick Graham and Nikhil Mahajan. The entire web series has only four episodes, with Vineet Kumar and Ahana Kumra playing the lead roles.

The story is of a tribal village where people are mysteriously worshiping Betaal so that he can sleep. There is a company called Surya Development that wants to build a highway in this village because it is an under-development village. People of the village are opposing the construction of the highway. The place where this highway is to be built is Betal Pahari and the people of the village are called a cursed hill.

This web series is a story of three young friends in Goa who plans to search an old villa for ghosts, but when a new family moves in, the home’s buried past resurfaces in chilling ways.

This web series is a story of a girl name Soni, a young policewoman in Delhi, and her superintendent, Kalpana who have collectively taken on a growing crisis of violent crimes against women.

On the list of most popular movies of all time, Udaan would certainly occupy the first place. The series is so inspirational that you are left rooting for Rohan(the lead character ) after the movie finishes. The story revolves around Rohan who is studying in boarding school along with his friends. During those early scenes, the viewer is introduced to the poet present inside him and his beautiful poetry. Right after that scene, I realized that I was watching something very special, something very different than what the series mostly offers us. 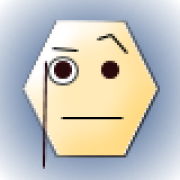 10 Things to keep in mind during your Varanasi travel