For a long time, television sets were often the only and most important source of entertainment for the average Indian watcher. This is where OTT platforms in Indian media have stepped in and captured the majority of the consumer base. It was often the centerpiece of a family. Members would remember the time their shows would air on what channels and manage their day around that. The whole family would sit around it, and the TV held a very strong emotional value in the hearts of the family. However now, the demand of the watcher has changed to watching at different times according to their convenience.

What are OTT Platforms?

Over-the-top media services have become the primary entertainment source for the general Indian watcher. It provides the consumer with an onslaught of movies and shows, often overwhelming at times, that are just a click away.

Technically, OTT offers video content to the watcher through an internet connection, instead of the traditional cable or satellite connections. OTT platforms are also very easy to access, being able to be connected from TVs and Computers to Mobile phones and laptops. They provide the user with the convenience to watch their favorite shows anytime and anywhere, bound by no time restrictions or hardware.

The emergence of  OTT platforms in Indian Media

India has been on the road to massive technological advancements and growth. The Internet has never been more accessible and convenient. This led to a gradual but swift change in the pattern of consuming media. Gone are the days of sitting around a television screen and waiting for a show to start, now the consumer wants the shows to be accessed whenever they desire. This level of convenience is simply impossible for the television to provide, and the development in technology has only assisted the emergence of OTTs platforms.

Moreover, COVID-19 just accelerated this growth in audience retention by providing on-demand content at any time to its consumers, when they had nothing else to do for months.

Consumers like to pay for what they need. Older television subscriptions came in bundles of about a hundred channels, from which the consumer only watched around 10. This left a bad taste in the consumer’s mouth, and with OTTs offering cheaper subscriptions to their whole library, consumers feel more satisfied in going with them.

The increased penetration of Internet access throughout the country has also paved the way for OTTs to grow. The number of users in urban areas has skyrocketed and more and more rural areas have gained access, Cheaper connectivity has resulted in users consuming media at an alarming rate.

VOD (Video on Demand) has gained control as fast as it emerged, providing the consumer with the utmost convenience and connectivity. OTTs are growing like never before, aided by the help of growing technological improvements, increased internet connectivity, and changes in the patterns of consumption of the consumer.

This is how OTTs have rooted themselves in our life, providing video content at any time just a click away.

What more do OTTs offer over Television?

Apart from the convenience of watching shows wherever or whenever shift in consumer behavior and preferences is matched by what OTT platforms offer to the consumer. Binge-watching has become normal. Everyone likes to curl up and watch hours and hours of the TV whenever some time is available, rather than waiting for the shows to air, and not worrying about missing out on one episode. Not only this, consumers have developed different tastes in what they want to watch. Especially millennials, they can’t sit through a single episode of soap operas. Platforms like Netflix and Amazon Prime have identified this and launched exclusive shows that they have produced themselves. These shows are mostly very well received and have become the gold standard of what modern television should be. Traditional TV has not identified what its audience wants to watch successfully in years, and it has been recycling content and producing media that has not been well received in years.

OTT platforms have also adopted better and more efficient marketing strategies that have outmatched what television employed, they attract and hold large audiences by providing a free monthly trial to all of their new customers, aiming at increasing their subscribers. This has made them a no-brainer to purchase for most millennial watchers, who feel like their payment is justified after using the service for free for a month.

Will OTTs completely take over?

Platforms like Netflix have become synonymous with TV, but this doesn’t mean that they have become the new TV. Most of the audience for OTTs exists in urban areas, but the viewership is slowly growing in the rural areas as well. Network providers like Jio have been offering cheap and convenient connections to the internet, but a lack of digital literacy has been holding the platforms back. On the other hand, everyone knows how to operate a television, it is a timeless device. In a country like India, regional content is highly valuable which TV has been providing for decades. The platforms have identified this need and have been offering more and more regional content but they come nowhere as close. Also, purchasing all the major OTT subscriptions is more expensive than a traditional cable or satellite connection, thus Indians are reluctant to completely switch to them.

Upcoming years will see OTT platforms and TV growing side by side with each other, not being able to take over the dominance that TV has on the nation. Platforms will continue producing more regional and Hindi content, but they will remain to exist as the second choice. Advertisers will pour more money into television like they always have.

Growth in infrastructure and increasing technical prowess of the population will shift the way media is consumed, and television and OTT platforms will exist in harmony.

NEVER HAVE I EVER SEASON 2

Best 10 Indian Web series To be watched on Netflix 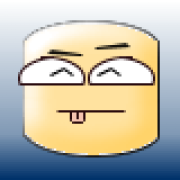 Clinical Use of Magill Forceps in Intubation 2022